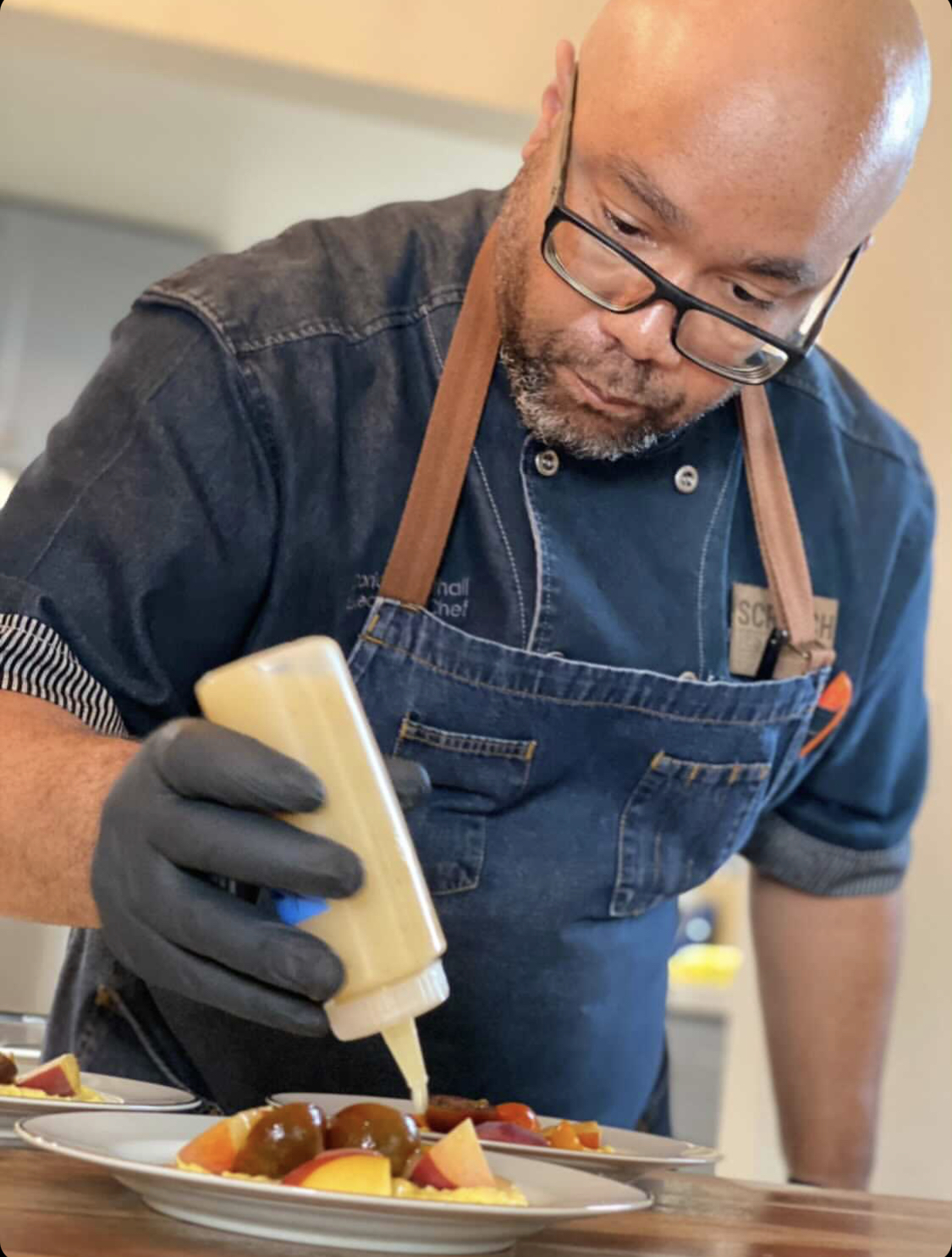 A passion for locally sourced ingredients has shaped Chef Dorian Southall’s style of cooking into one that is complex and carefully crafted with a touch of simplicity. This idea comes to fruition by working with local purveyors to source the best ingredients, allowing his dishes to speak for themselves. He has a passion for cooking and a playfulness unlike any other. He’s cooked for thousands all over California from The Godfrey Hotel in Hollywood to the Ivy Hotel in San Diego. He’s been featured on Food Network as a finalist on Guy's Grocery Games and has been both a competitor and guest judge on Chef’s Roll.  He loves playing with ingredients, textures, and flavors creating dishes that seem elaborate but are really simple and delicious.

He is the owner of Scratch Test Kitchen, a private chef service, test kitchen, pop-up events, and consulting company all rolled into one. The goal of Scratch Test Kitchen is to change the culinary landscape and bring fun back into cooking, something Chef Dorian believes has been missing for some time. Although all ingredients in Chef Dorian’s dishes can be identified by guests, they still possess a “WOW” factor, something that has been recognized by Food & Beverage Magazine and Great Taste Magazine. Chef Dorian’s no-nonsense approach focuses on products that are of high quality and in season, which allows the natural flavors to come through in his cooking. Original composition should be both, unique and worthy. I provide quality and individual approach to every client.